The Shadowborn series is the my debut series and is now complete!

Featuring Ari, a lone wolf who is running from her past and trying to live life as a human. When her past catches up with her she has to accept help from the local wolf pack.

Cue possessive Alpha wolves, magic and missing shifters and Ari has a lot more on her plate than she had bargained for. 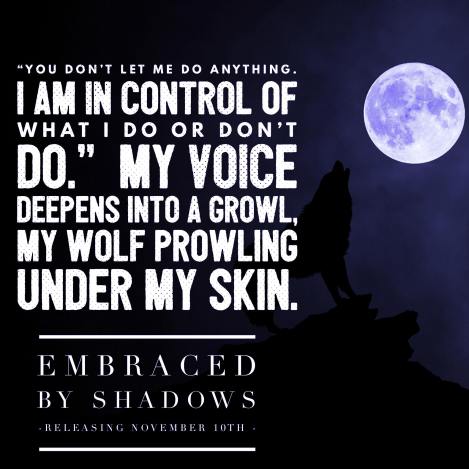 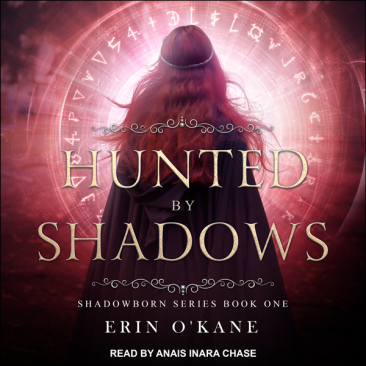 Hunted by Shadows is book one in the Shadowborn series is available to buy via the Kindle store on Amazon, and is also available on Kindle Unlimited. It is also now available as an audio book!

Lost in Shadow, book two in the Shadowborn series is also available to buy on Amazon and is on Kindle Unlimited. This is also now available as an audio book!

Embraced by Shadows, is the final book in Ari’s story and is now available, with the audio book coming soon!

Blurb for Hunted by Shadows:

They say not to jump at shadows. That’s all well and good, but what if you are being hunted by one?

For highly independent lone wolf Ari, this is her worst nightmare, especially as several Alpha males start vying for her affections. Ari will have to decide whether her independence is more important to her than her life.